Thank you [partner] Bibliolifestyle and Ecco Books for including me on the book tour and for an advanced reading copy of Sea State by Tabitha Lasley (publication date: December 7, 2021).

“A hybrid of sorts: an investigation that is also a confession but reads a lot like a novel. It is a startlingly original study of love, masculinity and the cost of a profession that few outside of it can truly understand.”

Journalist Tabitha Lasley, long hoping to write a book about men working on offshore oil rigs and quit her job in London. She considered working on a rig herself—and even took a safety course—even though just 3% of the workers are women. But when she began an affair with Camden, a married father of twins, her first source, she let an apartment in Aberdeen for six months instead, resolving to complete one hundred interviews.

Lasley offers compelling observations about the industry—particularly its abysmal records regarding safety and environmental impact. The high pay rate, risky jobs, and significant time away from home shape the men’s attitudes about savings, gender, and relationships.

At the same time, Lasley’s affair with Camden, one of these men, and her time spent among the many others, affected her, as she dropped any pretense of objective reporting, , disregarding boundaries and engaging in the risky behaviors of drinking and drug use.

Sea State is a memoir of Lasley’s stay in Aberdeen, her interactions with the men she interviewed, and her relationship with Camden which, though they saw each other only six times in person, had significant consequences to them both.

I thought the writing was excellent, and I really enjoyed the insights into working offshore and how that affected men and bleed into their relationships. This would be a good book club book—lots to talk about!

Faith Jones was born into the Children of God cult led by Moses David (aka David Berg), her grandfather. From his location in hiding, he provided his revelations through “Mo Letters,” regular communiques that instructed his 10,000 followers on daily living and spiritual teaching. His fundamental philosophy was that God is love, and that the world would be ending soon so that followers needed to bring as many people as possible to Jesus before the End Times. Formal schooling was unnecessary; members need only learn what they needed to know to run a household.

On its face, “God Is Love,” is hardly objectionable but David went further, equating love with sex. Leaders of the group “shared” partners, children became sexually active very early, and sexual contact between adults and children was permitted, even encouraged. “Flirty Fishing” was used to hook men who might be able to provide financial or other resources.

Faith and her family, living in Macau, were true disciples, yet she resented that any man from the group could demand affection. If she rejected the advances, she would be labeled “unyielding” and subject to punishment.

Curiosity led her to books—many of which she had to keep hidden because they weren’t approved—and a love of learning pushed her to advocate for a home school high school curriculum, something unheard of in the community. Her desire for independence and realization that she was completely at the mercy of the group’s leadership catalyzed her to leave the Children of God for the United States and college. Her experiences in classes, on campus, and in relationships showed her the hypocrisy and abuses inflicted by the cult.

Jones writes from the perspective of the age she is at the time of the narrative which gives the story a sense of honesty and immediacy, and to me made it even more heartbreaking. Her particular coming of age story is poignant and interesting—an American with American parents who didn’t see the U.S. until she was almost a teenager. It’s also a revealing look inside the Children of God cult that illustrates how cult leaders gain and keep power. Finally, it’s an inspiring account of how Jones reclaimed her sense of self, a model for other women who feel voiceless.

Thank you to [partner] Bibliolifestyle and William Morrow Books for including me on the book tour and for a gifted copy of the book.

I also watched two documentaries about Children of God which help illustrate the book:

“Like all collectors, I exist in a perpetual state of want that bears no reasonable relationship to the quantity of unread books mounting up on my shelves.”

Thanks so much to the publishers for the gifted copies! 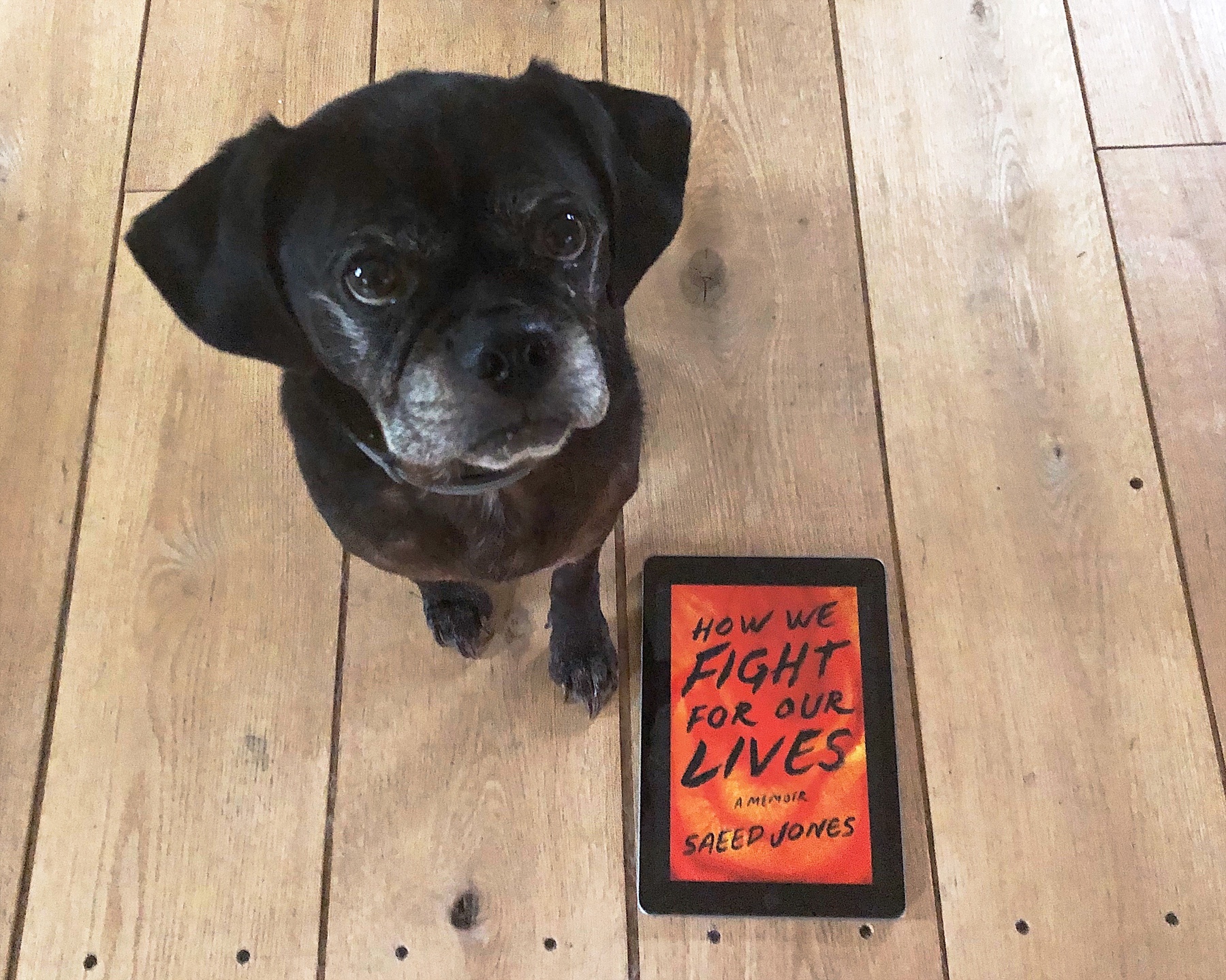 How We Fight for Our Lives
Saeed Jones

In lyrical language, Saeed Jones chronicles his coming-of-age as a black, gay youth in Texas in the 1990s. The only child of a single mother, he knew that, despite his mother’s fierce love for him, his sexuality was a topic they couldn’t discuss. That might have been preferable to his grandmother’s approach. When he visited her in Memphis, she complained he was too worldly and forced him to the front of her church so the preacher could pray over him. That left the library, where the books about gay men always ended in AIDS. He already knew the dangers of being black; now he knew the consequences of being gay as well. Still, he was determined to live his truth, even if that meant distancing himself from those closest to him.

What that truth was, though, often remained unclear as Jones felt cultural, peer, and familial pressures to adopt other identities. As he progressed through school, then college, he switched between selves, at times putting himself at psychic risk and at times at physical risk. Yet, there is a sense that he required these experiences, a type of trial and error of behavior, to arrive at a place of peace.

Jones writes of these experiences with rawness and vulnerability, and at times I was incensed on his behalf, worried and angry that he put himself at such risk, saddened by his grief, and delighted by his good fortune. These reactions testify to his ability to convey his very self in his narrative, an act that takes not only skill but bravery. On one level, How We Fight for Our Lives is worth reading because of Jones’s story and how beautifully he conveys it. Yet, his memoir goes beyond his own experiences, echoing with themes of race and sexuality, questioning the strictures placed on those who don’t fit into the dominant paradigm and showing how damaging that can be.

A must-read for anyone interested in LGBT books or who enjoys reading spectacularly crafted memoirs and non-fiction.

Thank you to NetGalley and Simon & Schuster for an advance reading copy in exchange for an honest review.

I thought The Collected Schizophrenias was well-written and valuable. It showed how difficult it can be to get diagnosis and treatment, especially when multiple illnesses are involved. Wang allows readers to see the scary and disconcerting elements of her breakdowns which promotes empathy for those struggling with mental illness. She also shows how she successfully lives with schizophrenia, by identifying triggers and planning ahead, for example.

My favorite chapters were the more personal, reflective narratives rather than the abstract theoretical pieces, though Wang does have interesting insight into forced hospitalization. She did talk about how her accomplishments, such as her education, provided proof to her of her value despite her illnesses, so I understood the impulse to document her accomplishments, but at times feels more like braggadocio. Another stylist quirk was using first initials to identify some people in her book, such as C— for her husband. This makes little sense to me because she named him in the acknowledgements. For others, I wondered why she didn’t choose to use an alias since that would have felt less pretentious to me. Still, this is an honest, vulnerable account of Wang’s experience of psychiatric illness, a beneficial testament to her ability to thrive.