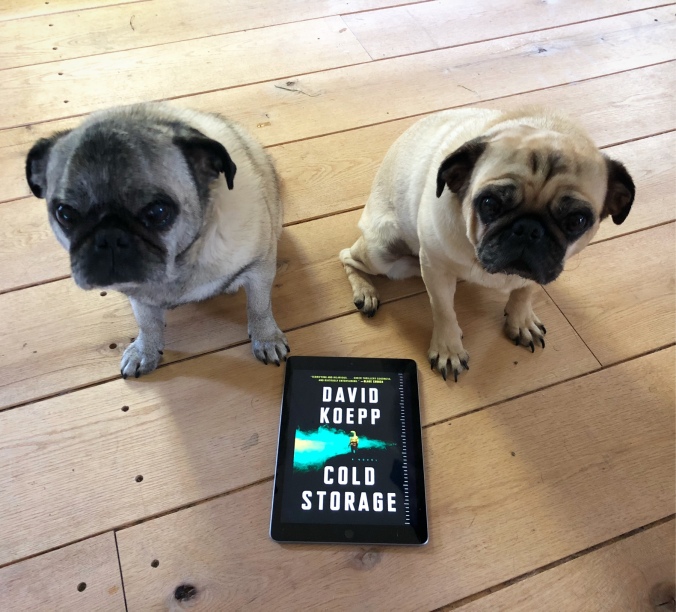 1987. Counter-bioterrorism operatives Roberto Diaz and Trini Romano were rushed to the remote Australian bush where there’d been reports of strange behavior. When they arrived with infectious disease specialist Dr. Hero Martins, all of the residents of the small settlement were dead. They realized the agent was a highly adaptive fungus with one imperative: reproduce. And that meant killing all humans and animals alike. Roberto and Trini successfully destroyed the fungus, but they brought home a sample thought to be safe in deep sub-basement of a military facility.

2019. Roberto and Trini have both retired, and leadership at the Defense Threat Reduction Agency has long since forgotten about the destructive fungus, so much so that the facility that housed it was sold to a storage company catering to middle class consumers. When the deadly contagion finally escapes, only Diaz knows how to stop it—and his only allies are two twenty-something night security guards.

Cold Storage is the debut novel by David Koepp, successful screenwriter of Jurassic Park, Spider-Man, War of the Worlds, and Mission: Impossible, among others. His expertise is clear in the quick pacing and snappy dialogue of this pandemic horror. Personally, I love this genre, and Cold Storage elevates the basic formula with its interesting, narrow field of characters and its skillful plot execution. Like other books in the category, it has high stakes, conspiracies and secrets, and lots of gore.

For fans of this genre, it’s a fun, fast-paced ride. I’d also recommend it to people who may want to explore this category—it’s a great introduction.