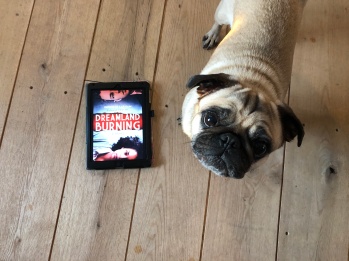 In present-day Tulsa, workers renovating a back house on the Chase family property found a skeleton buried under the floor. Before calling the police, seventeen-year-old Rowan Chase summoned her best friend, James, and they looked at the bones themselves. Only when Rowan’s mother unexpectedly come home did officers come to the house. Because the skeleton was dated, it was assigned to a forensic anthropologist. Rowan feared that its story would never be told so she resolved that she and James would investigate and learn the identity and as much of what happened as they could. At the same time, she begins a summer job at the low-income Jackson Clinic.

Rowan’s story is intercut with that of Will Tuttle, seventeen-years-old in 1921, the year of the race riots that destroyed Greenwood, Tulsa’s vibrant black neighborhood. While Tuttle has been indoctrinated with the belief that whites are superior, and is pressured by his friend Cletus and a neighboring shopkeeper, Vernon Fish, to join the junior KKK, he is mixed race himself, with his mother a full Osage Indian. Furthermore, he befriends black siblings Joseph and Ruby Goodhope.

Dreamland Burning is exceptionally good at depicting Tulsa in the past and the present, and showing the layering of history through the two timelines. Personally, I enjoyed touches that reminded me of home–mention of the required ninth grade Oklahoma History course and descriptions of the smell of Sonic.

The book also vividly captures the horror of the Jim Crow error in Tulsa and the inequality, racism, and hatred that led to the two-day tragedy. Anyone who is interested in learning about this historical event but doesn’t enjoy non-fiction would be satisfied by this novel. Though it’s written for a young adult audience, it doesn’t shy away from the horrific details of the massacre.

Telling the story through two time periods allows Latham to explore how the attitudes that led to the Tulsa Race Riot still exist today and are manifested in small and large atrocities.

While I thought the book told an important and difficult historical story well, I didn’t particularly like the two protagonists. Both were wealthy, biracial teenagers of privilege who, although challenging their long-held and unquestioned assumptions, had secure families to support them. While there are narrative reasons to select these characters as narrators, they weren’t my favorite characters and tended to distract from the more interesting and unique personalities. Rowan, in particular, was to me unlikable. She constantly talked about wanting to please her parents, but her decisions were poor and often sneaky. While Will’s story has an elegant ending, Rowan’s conclusion was abrupt. In fact, I couldn’t believe there wasn’t another chapter, it was such a sudden end that I did a double-take when the next page was headed “acknowledgments.” Also, I thought some of the writing was cliched and unsophisticated. However, overall, Dreamland Burning is worth reading for the historical content.