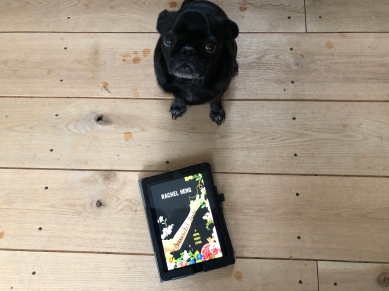 Lea, who has just celebrated her one hundredth birthday, has done everything right. She follows the rules, observes the advisories, attends all her Maintenance sessions, and is on track for a promotion at work. With her lifestyle, career trajectory, and body enhancements (DiamondSkin™, Repairants™, SmartBlood™ and ToughMusc™), she easily expects a lifespan of three hundred years. But, if she continues to excel, she may be one of the select chosen for the Third Wave: immortality.

Her behavior and achievements over the past eighty-eight years has virtually erased her troubled childhood and her association with her antisanc father who disappeared when she was just twelve. But, walking to work the day after her one hundredth birthday party, she sees her father for the first time since he left. Eager to reach him, she walked into the street to follow him.

Her choice to leave the regimented routine of her daily life put her under observation from the mysterious Ministry, but also offered her the chance for a world of freedom. As she delves into the ranks of the Suicide Club, she learns the true costs of immortality and has to decide if she’s willing to pay and sacrifice her father.

The concept of Suicide Club was provocative and interesting, and perhaps not entirely unhinged from reality given government intrusion on women’s health. It raises deep ethical questions about who should control decisions about health care, fitness, nutrition, and recreation as well as the inequality of services, the costs of research, and the role of social pressure. Some people are so desperate to extend their lifespan that they acquire black market technology and often become “misaligned” meaning their body parts fail at different times, leading to catastrophic consequences.

The narrative has fun details, such as jazz music being cautioned against because it raises the heart rate too much or dogs being recommended as pets because they lower it. “Lifers,” or those with the genetic profile that puts them in the category for a long life span, exhibit a narrow range of facial expressions to avoid lines and wrinkles, and they forgo sweets, even fruits. When Lea eats chocolate ice cream, it’s a revelation.

Lea herself was a problematic character. Although she was unlikable, that wasn’t the primary issue for me. I was troubled that her characterization was so inconsistent. That she transformed into the troubled child she was into the model citizen she became seemed unlikely, and even within the confines of a single scene she would have a series of multiple, conflicting reactions that didn’t always flow from the narrative. Though she was one hundred, her maturity level was inexplicably low. I was also troubled by Lea’s decisions at the end of the novel. They had no payoff, so they didn’t make sense to me.

Some of the characters that were more interesting, like Anja, a member of the Suicide Club, could have been given more attention. Other secondary characters, like Lea’s fiance Todd, were underdeveloped. Additionally, one of the very provocative questions the book raised was the divide between the Lifers and the sub-100s, those who were not expected to live beyond one hundred years and often had inferior jobs and housing. One minor character represented the sub-100s, but there was so much more potential to mine, and I would have much rather read about the intersection and potential conflict between the groups than about Lea.

I really did enjoy the writing style and the world Heng created, and thought the questions she raised in Suicide Club were important, but after finishing the novel, I felt confounded, unsure of what Heng intended to convey, and it seemed to me the villains escaped while the heroes were punished, leaving me dissatisfied.