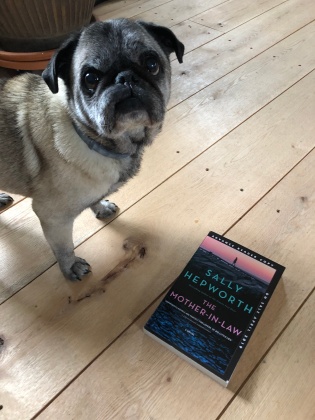 Successful, proper, and aloof, Diana founded and runs a charity focusing on caring for pregnant refugees. Diana has always intimidated her daughter-in-law Lucy, who, having lost her own mother at a young age, had hoped to have a close relationship with her. Instead, their relationship was fraught with tension and littered with miscommunication and misunderstanding, with Lucy once even pushing Diana and rendering her unconscious.

Everyone was surprised when Diana died and there was evidence of suicide–a note explaining she had breast cancer. But there were also anomalies. The autopsy found no breast cancer, but it did show traces of carbon dioxide and poison, and unexplained gold fibers were found in her hand. Shortly after her death, the family is shocked when they learn that only a few weeks before her death, Diana changed her will leaving her entire estate to her charity, not to her children.

Lucy might have know much more about Diana’s death than she revealed to her husband or the police, but other suspects arise as well, and they all have secrets they were keeping from each other.

The Mother-in-Law is a suspenseful, well-written thriller told from the point of view of two interesting characters, Diana and Lucy. Seeing the roots of their misunderstandings make them even more tragic, though Diana can be quite devilish and Lucy quite stubborn.

This is a great pick if you are looking for a well-paced, well-written page turner!

I won an advance reading copy of The Mother-in-Law through a Goodreads giveaway. Thank you Goodreads and St. Martin’s Press! All opinions are my own.