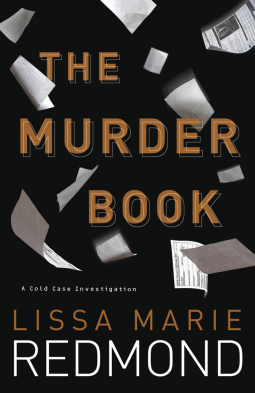 The last to leave the office on a Friday night in November, dedicated cold case detective Lauren Riley was startled from her work when she felt an overwhelming pain in her side and fell to the ground. As she realized blood was pooling beneath her, an assailant stomped on her head. In her last moments of consciousness, Riley saw a figure in city-issued police boots walk away holding her distinctive olive-green murder book.

Despite entreaties from her family, doctors, and coworkers to take time off, when Riley wakes up, she is driven to find out why a police officer would attack her and steal the murder book. Trusting only her partner Shane Reese, Riley turns to retired detective Charlie Daley for assistance. Together, they track down an elusive informant who has information about a decades-old murder that may be related to her attack. As they seek evidence for a police conspiracy, they face challenges ranging from a leak, disciplinary action, murderous suspects, and even a car chase on icy Buffalo streets!

Partners Riley and Reese have a fun, teasing-based relationship that is a strength of the novel, and Daley is delightful character as well. The mystery itself isn’t too surprising, but focuses on how the trio will prove the conspiracy, and there are a few twists and turns to keep it interesting.

Although I am not very familiar with Buffalo, we are relatively close, four hours by car, and because of that, the setting felt relatable and exciting. The Albright-Knox Art Gallery was mentioned, and I’ve put that on our places-to-go list. Our winters aren’t as severe as those in Buffalo, but I certainly identified with the cold and snow described in the book. My favorite character might have been Weston, Reese’s dog who becomes a source of comfort to Riley, who, as a “good mother,” even posts pictures of him on her Facebook page.

While I did get caught up in the book, I was slightly frustrated by the awkward transitions between scenes that were often abrupt and at time confusing. Some of the characters’ motivations weren’t sufficiently clear or justified, and that detracted from the novel to me. I also didn’t like some of Riley’s backstory which I viewed as trite: having domestic abuse in the past, being entangled in a strange relationship with a past client/murder suspect (which also reminded me too much of the Frieda Klein series).

The Murder Book did seamlessly introduce a segue into the next volume in the series without leaving the central mystery unresolved. It promises to deliver tension between Riley and Reese and a cunning antagonist.

Thank you to Netgalley and Midnight Ink for an advance reading copy in exchange for an honest review.