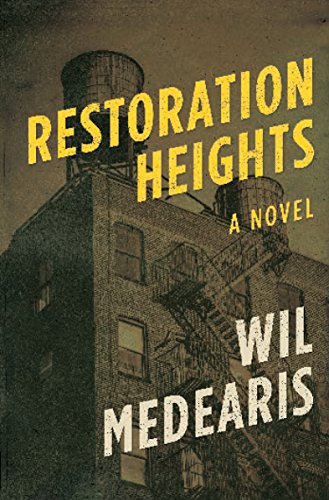 Reddick worked as an art handler and spent his free time playing basketball at the Y, ignored his own painting career. On a winter’s night in his Brooklyn neighborhood Bedford-Stuyvesan, a young blond woman, drunk, followed Reddick into an alley and invited him to kiss her. He declined, offering instead to get her a ride home. Before he could call a car, she disappeared into his apartment building, apparently returning to a party that she’d momentarily escaped. The next day, he mined the story for laughs until a coworker reminded him that a woman went missing under similar circumstances in Coney Island a few years earlier and her body had been found on the beach. He began questioning his inaction, worrying about the fate of the girl.

That day he was working with a crew dismantling and installing art at the home of the Seward family, one of the wealthiest families in the country and a patron of the arts. While at their home, he learns the woman he encountered the night before was Hannah, the fiancee of Buckley Seward, the family’s only child. He was eager to share his information, but the family was hostile, demanding he refrain from contacting them about Hannah or going to the police hardly veiling that they would have him fired if he disobeyed.

Aghast at their reaction and convinced Hannah was in peril if not dead, Reddick began his own investigation. As he uncovered the layers of relationships in the Seward family and among Buckley’s friends, he confronted the scourge of gentrification in his neighborhood, the specter of a mysterious crime boss, The Genie, and his own racial identity.

Something about the book grabbed me, and I stayed up almost all night reading it. I enjoyed the writing style and was invested not just in the mystery of Hannah’s disappearance but in the question of Reddick’s investment in the case. The characters engaged in difficult and honest questions about race, class, and privilege. Fittingly, these themes were never resolved but offered continual touchpoints throughout the novel. The book also returns to the idea of biases that distort the truth, and Reddick must confront his own assumptions as he unfurls the connections between Hannah, his neighborhood, and the elite world of the Sewards.

Thank you to Netgalley and Hanover Square Press for providing an advance electronic reader’s copy in exchange for an honest review.